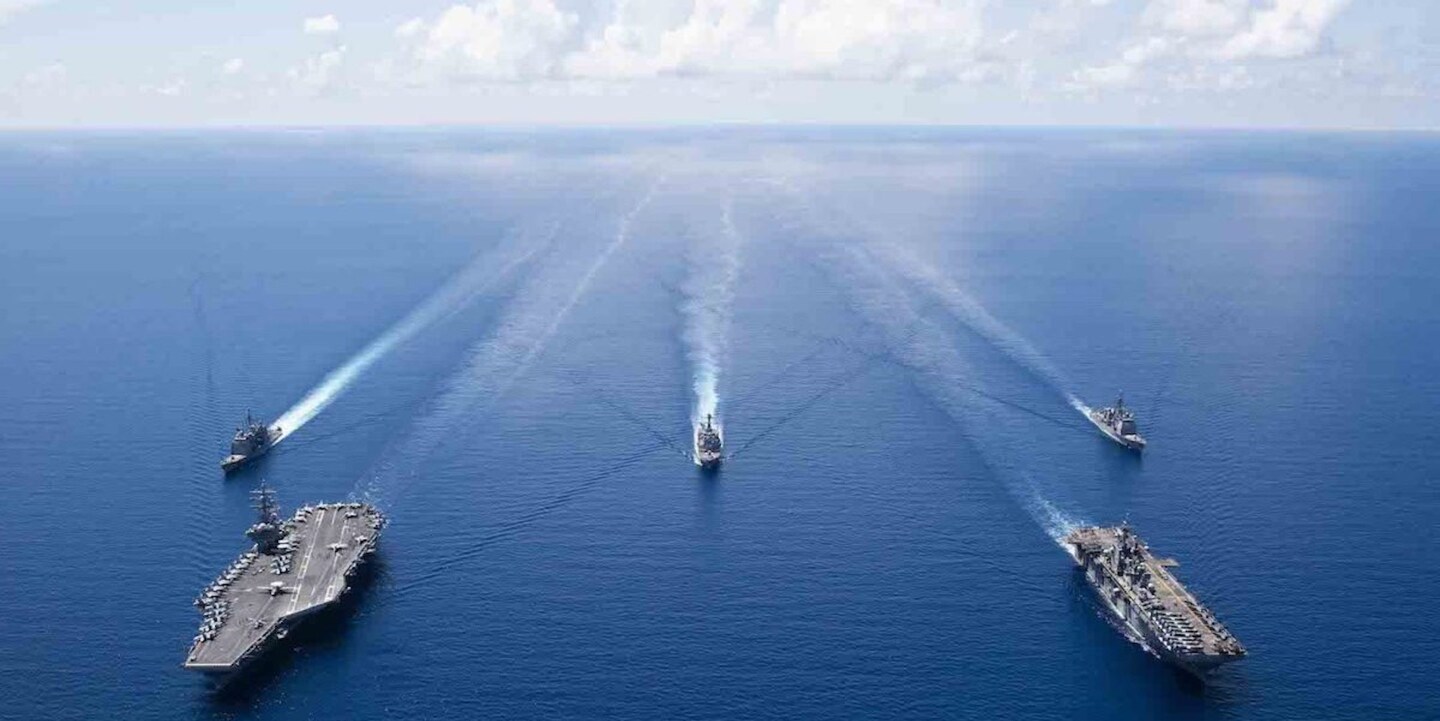 A Great Wall Game? China and the South China Sea

There are many threads to China’s approach to the South China Sea. This presentation seeks to disentangle the key skeins to better understand the interaction between China’s strategic aims, its economic and environmental interests and its nationalist narrative, as well as some of the complexities of international maritime law.

Speaker Rear Admiral James Goldrick had service around the world in the Royal Australian Navy and on exchange with the British Royal Navy. He commanded HMA Ships Cessnock and Sydney (twice), the Australian Surface Task Group and the multinational maritime interception force in the Persian Gulf in 2002 and Australia’s inter-agency Border Protection Command in 2006-2008. Other commands included the Australian Defence Force Academy (2003-2006 and 2011-2012), and the Australian Defence College (2008-2011). He retired from full time naval service in 2012. He was one of the Expert Panel supporting the development of the 2016 Defence White Paper and was military member of the Defence Force Remuneration Tribunal 2015-2020. A Visiting Fellow at All Souls College, Oxford University in 2015, he is an Adjunct Professor in the School of Humanities and Social Sciences at UNSW Canberra (ADFA) and at the Strategic and Defence Studies Centre at The ANU, as well as being a Professorial Fellow at the Australian National Centre for Ocean Resources and Security (ANCORS). He was elected a Fellow of the Royal Historical Society in 2020.

James Goldrick has published in many journals and contributed chapters to more than 40 books. His books include: Before Jutland: The Naval War in Northern European Waters August 1914-February 1915 and After Jutland: The Naval War in Northern European Waters June 1916 – November 1918. He has also researched and written extensively on the development of the navies of the British Commonwealth and South and South East Asia. His books on these topics include: No Easy Answers: The Development of the Navies of India, Pakistan, Bangladesh, and Sri Lanka and, with Jack McCaffrie, Navies of South-East Asia: A Comparative Study. He contributes frequently to contemporary debates on maritime strategy and the role and future of navies and sea power, particularly through online sites such as ASPI’s Strategist and the Lowy Institute’s Interpreter

If you have registered for an 'online' ticket you will receive a follow-up confirmation email containing further details on how to join the webinar ON THE DAY OF THE EVENT. YOU WILL RECEIVE AN EMAIL BY 4:30pm ON THE DAY OF THE EVENT.  If you do not receive an email by 5:00pm, please check your junk folder. The event will start at 6pm AEST (Sydney, Canberra, Melbourne time, UTC+10).